Would You Wednesday: Hobby Horse 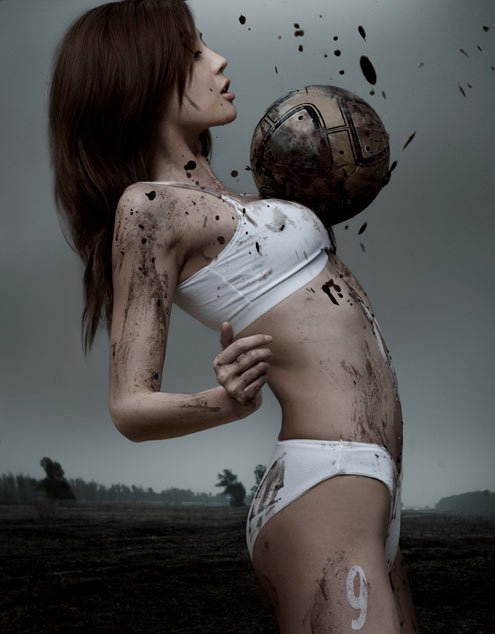 A few months ago while scrolling through my Twitter feed (gotta stay up on my news), I laughed out loud when I saw the headline that read, “How To Get a Guy: Talk About Technology!”  I couldn’t help but click the link to see what kind of ridiculous dating advice awaited me.  As expected, the article was a bunch of mumbo jumbo garbage encouraging women to “trick” men into liking them based on lies– or as I like to call it, “False Advertising.”  This hard hitting journalistic gem classified “technology” as an iPad2.  That, in and of itself, proved to me that this young lady had no idea what she was talking about.

Basically, this article– and many others like it— suggest that by feigning interest in something men like to do will most definitely land you a man.  So put down that crochet needle, sweet pea.  It’s best you start tossing around the pigskin instead.  It doesn’t matter what YOU like to do.  It’s much more important to fake a hobby to reel in a real catch! 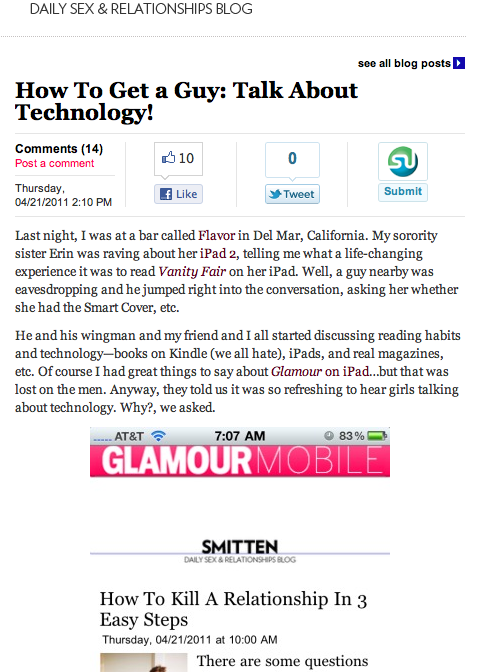 Don’t misinterpret what I’m saying– you should always be open to trying new things and accepting new opportunities.  Variety is the spice of life.   I’m just saying that there’s no need to fake a “hobby” or interest in something that you have not even the slightest inkling to try.  When I hear girls dishing about how much they LOVE football (or whichever applicable sport) and can’t get enough of Back to the Future (or whichever nerdy boy flick), I roll my eyes and internally groan.  I do it for them as well as myself… cause now guys actually think there are some girls out there who love this crap.  And you know what will eventually happen?  It will all blow up in your face when he realizes that you’ve been faking the funk with your model airplane fetish.

There’s nothing wrong with having separate interests.  A good guy will be happy and even encourage you to have your own interests and you should humor his.  For instance, I’m not what you would call a winter sports kinda gal.  I don’t like the cold and no one has ever accused me of being an “athlete.”  So, when you ‘re finished speeding down the bunny slopes, I’ll meet you in the lodge– where I’ll be getting a foot rub and indulging in a marshmallow topped hot cocoa.

So, despite my above argument, would you fake a hobby to impress a guy?