Would You Wednesday: Take One for the Team 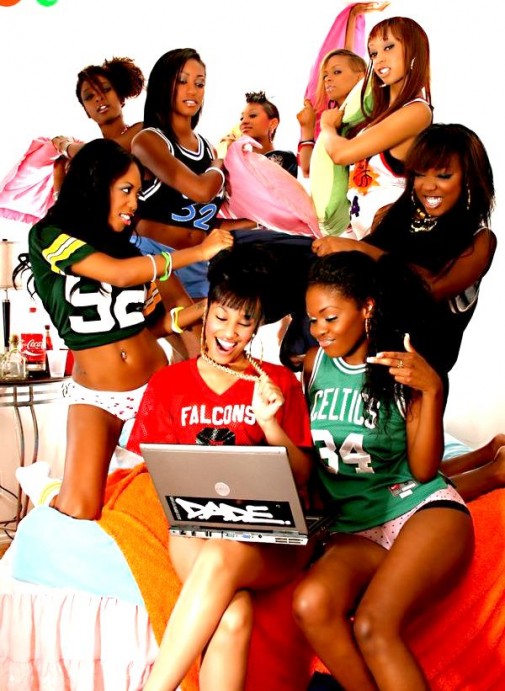 A certain ample bottomed celebrity who will remain nameless (we have a zero tolerance policy here at WhyDid) recently announced her engagement to a 26 year old NBA basketball player.  I hate to be a naysayer when it comes to love, but this marriage has about the same chance of surviving as a snow cone does in hell.  Now, now… I know what you’re thinking: give the kids a chance.  I would like to be proven wrong, but the cards are stacked against them.

I, myself, have dabbled in the “field” of professional athletes.  While it was nothing serious, and my  heart was left unscathed, I realize now how naive I had been back then.  Seeing as I’m not an avid sports fan, when I’d met the gentleman I had no idea who he was, let alone his occupation (as a matter of fact I think he told me he was a DJ).  All I knew was that he was good looking and I was 21 and single in the city.  We lived far apart, so we didn’t see each other much.  I’d be a fool to think there weren’t at least twenty more of me scattered around the states.  But, alas, a fool I was.  It was flattering and fun to tell my girlfriends, so I continued to play the game.  I will never forget waiting downstairs for him after a game with the rest of the “wives” thinking A). how underdressed I was and B). how ridiculous it all was.  After seeing the girls hanging around hotels and stadiums, and garnering nasty glares from girls when we were out, it made me realize that all of this was a lot less innocent than dating your average frat boy.

I’ve heard countless stories and seen with my own pretty eyes athletes behaving badly.  (Perhaps even one such story involving the newly affianced).  Ample amounts of money and cleavage make for a deadly combination.  The odds are stacked against these athletes with groupies, gold diggers, away games, and schedules that are just not conducive to a healthy relationship. With 60-80% of marriages ending in divorce, NFL players are well above the national average (this statistic holds true for comparable sports).  I’ll be the first to admit I’m crazy jealous, so I’m not sure how pro-athletes’ wives deal with all the temptation awaiting their handsome hubbies.  Are the trips and shoes and status enough to make up for it?

Many couples have tried, but not many have been successful.  Have you seen an episode of Basketball Wives?  So, would you be willing to place a wager on such a dating gamble?

He shoots. He scores!