Why Did You Date Him: Can You Teach an Old Dog New Tricks? 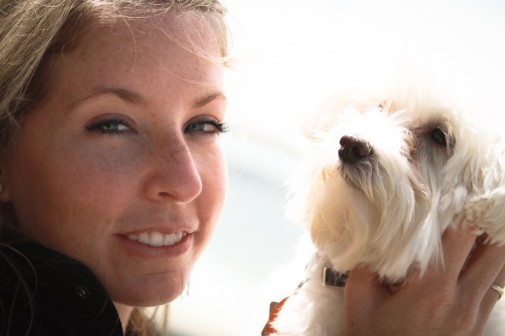 Everyone knows how much I love my dog.  He literally taught me how to love.  I never knew my heart could feel like it was going to explode with joy until he trotted his furry white paws over to me as a two pound puppy.  It was love at first lick.  That said, while he is the cutest, sweetest dog on the planet, he doesn’t really know any tricks.  He’s four years old and only knows “sit.”  Not particularly impressive.  He also doesn’t really listen to a word I say unless it is W A L K or T R E A T.  So, is it too late to teach Smitty anything new?  Or is it true what they say, “You can’t teach an old dog new tricks”?

Well, as I did some research it became abundantly clear that dogs and men may have a lot more in common than you might think.  Now, let me preface this by saying that no matter how hard you try, you can never “change” a man.  However, some bad behavior can be alleviated by using the very same tactics you might use to train your beloved pooch.

Set the Precedent: From the beginning, it is imperative to make clear which behavior is acceptable and which behavior is not.  If you’ve let him chew up your shoes, bark all night, and pee on the rug for a while now, you can’t all of a sudden decide that you don’t like that behavior.  Start early and be firm (no matter how cute his little face is).

Positive Reinforcement: While you might think scolding, and smacking, and rubbing his nose in pee is most effective in correcting bad behavior, you’d be wrong.  Giving praise, compliments, and treats for the desired behavior is far more effective.  When he knows he will be rewarded for acting a particular way, he’s more likely to repeat that behavior (Pavlov’s dog ring a bell?).

Consistency is Key: You have to be consistent in your training because it can be very confusing otherwise.  If you let him get away with crapping on the floor one day, but then berate him for it the next, he isn’t going to know if it’s okay or not.

Patience is a Virtue: Going along with the last tip is patience.  Behavior won’t change over night.  So, stick with it and be consistent.

If all else fails, at least he’s cute, right?