Why Did You Date Him: A Case of the Ex 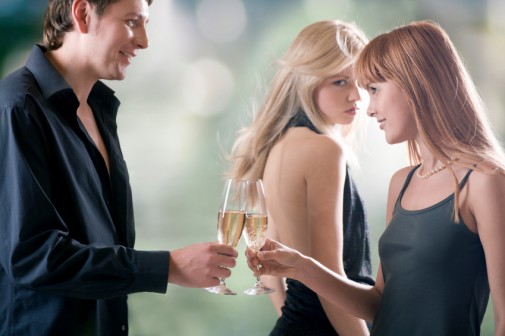 The other day I had to pull an intervention on a girlfriend who was being completely crazy and masochistic.  Though I love her dearly, I had to save her from herself.  What was her problem?  She was obsessing over an ex… The real problem? It wasn’t her ex.  It was her boyfriend’s ex.

For some reason girls love to know about their boyfriend’s exes.  I can not explain this.  I think we want to find out why it didn’t work and obviously compare what an “upgrade” we are to his old flame.  While a little curiosity may not kill you, if you let the need for knowledge get out of hand, you will drive yourself bat shit crazy.  Thanks to Facebook, Twitter, and the good ol’ Google, you can do quite a bit of reconnaissance work.

However, be careful how deep you dare to dig because once you see some things, you will never be able to erase them from your brain.  In all honesty, yes, he did have a life before you.  Yes, he has had other girlfriends.  And yes, he did most likely care about them at some point in the previous relationship.  Also, don’t forget that you have a past too.  I doubt your boo wants to think about all of the boys before him and I doubt you’d want him to.

As if orchestrated by the heavens, I read a quote yesterday that perfectly summarized all of this:

If it happened before you, then it really doesn’t concern you. Don’t let an ugly past ruin a beautiful future. – Rob Hill Sr.

The point is, his ex is just that- his ex.  If he loved her and wanted to be with her, he would.  Do not get so caught up in the past that you completely destroy any chance of a future.  You, my girl, are smart, beautiful, and wonderful and that’s why your boyfriend is with you.  He’s not the one who can’t get over his ex… you are.