Why Did You Eat That: Just Another Restaurant 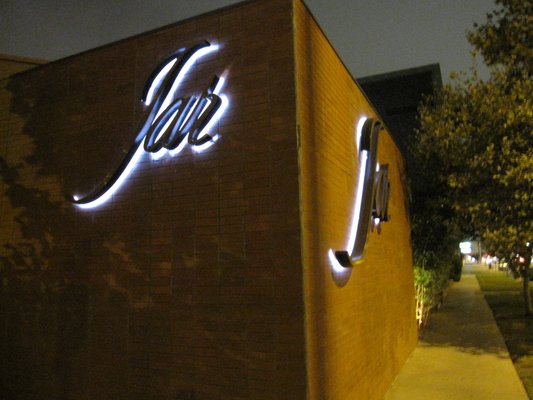 Before heading down to Temecula for our early Saturday morning adventure (more to come on that), we stopped at The Grove to pick up some essentials (read: Kiehl’s). Seeing as I haven’t been to a “mall” in quite some time, I had forgotten the type of people who frequent malls on a Friday nights. That being said, we opted not to dine in The Grove and headed to a place suggested by a friend called Jar. 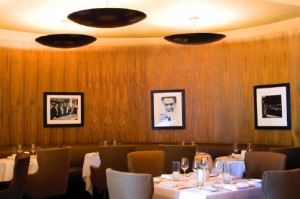 When we walked in, I hadn’t been sure what to expect being as I’m not from Los Angeles and I really never know what the hell to expect here. I was pleasantly surprised to see a warm and sexy room that had a Boogie Nights (sans mass amounts of drugs and girls on rollerskates). I felt a little underdressed because I’d just planned on being in a car for two hours and had just thrown on a jersey maxi dress and flip flops. The room was large and surprisingly empty for a Friday night. 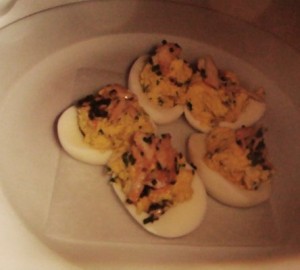 We were seated at a nice table along the wall and our waiter came over promptly with the cocktail menu and a smile. It seemed possible that he would break into song and dance at any moment, but thankfully I appreciate overzealousness. We started off with the crab deviled eggs which were absolutely unbelievable. You had me at deviled eggs, but adding the crab really took them over the top. There were a lot of them for just two people, but since they were so delish, we had no trouble polishing them off. 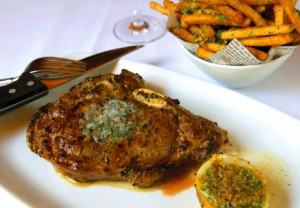 For our main, we shared a porterhouse steak with roasted asparagus and mashed potatoes as sides. The meat was sliced for us upon serving and was cooked to our specification. The meat was juicy and delish and they offered several different sauces, but they really weren’t even necessary. The asparagus was fine, but unremarkable. The mashed potatoes were creamy and pure, not overly seasoned.  There was more than enough food for two (which is good news for Smitty who was stashed in his bag below the table). 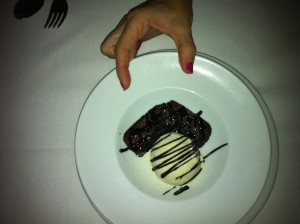 Despite being totally stuffed, we couldn’t resist the brownie and ice cream for dessert. Luckily, it was the perfect size after gorging yourself on steak. It was just enough to get a taste of chocolate without combusting onto our singing waiter.

I would certainly go back again for a good, quiet dinner with friends or date with a cute boy. (This is not a “scene” if that’s what you are looking for).  So trade in your sequin mini for your elastic waist pants and head over to Jar for your next special occasion. 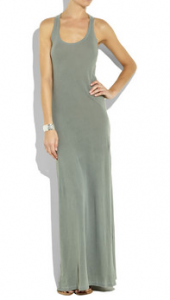 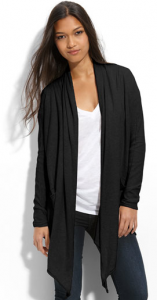 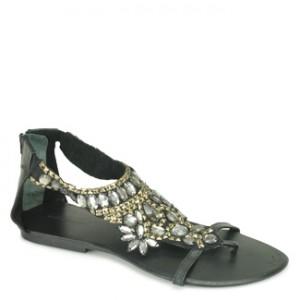 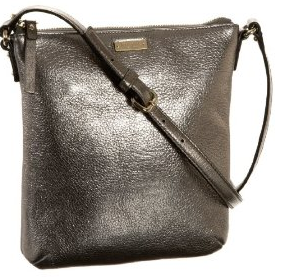