Why Did You Date Him: Heartbreak, Party of One. 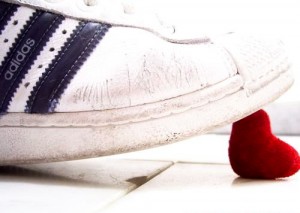 We’ve all suffered through at least one brutal breakup in our young lives. You know the type.  Your world has just ended and your heart was ripped out and is currently laying in the middle of the street being run over repeatedly by speeding taxi cabs.  Yeah, that’s the one. Sadly, that is probably not the last heartbreak you will suffer on the road to true love, so I am about to give you the best possible break up advice I can offer from my own personal experience. Pay close attention, little ones.

I’d say I’ve had two breakups that were really, truly heartbreaking.  One was my first “love” and I literally thought I was going to curl up in the corner and die during that tumultuous time. The second was my most recent breakup and it was a long and painful time coming. One was a much more sweet and innocent love and the other was a more “grown up” adult relationship (we shared an apartment together and talk of nuptials had been breached). While my first heartbreak literally lingered on for years (yes, multiple), the second I only felt for a couple months. You’re wondering how on earth that is possible. Was it because I didn’t love one as much as the other?

Both situations were very different but, I don’t feel that the type of love I felt or the actual cause of breakup were what made the difference in how I recovered. What made the difference was how I reacted. In heartbreak number one, I allowed the back and forth and the “maybe we will get back together” business go on for far too long and that’s how I ended up still wounded a year later. Heartbreak number two was much, much different. It took some (very) tough love from some close friends, but I like to call it “Heartbreak Bootcamp.” 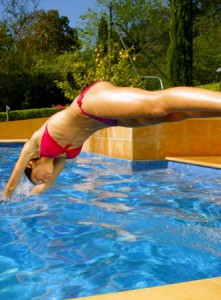 People will argue that because my ex “did” something so terrible that it must have been easier to walk away. I agree to some extent because to me, I couldn’t have possibly stayed in that situation (though many people would have).  However, rejection is rejection. However  you’d like to serve it up, you were still dissed. Whether he cheated, told you you weren’t the one, lied, or just was an overall letdown, you’ve been kicked to the curb and it’s time to get to steppin’.  At the end of the day, who wants (let alone deserves) to be with someone who doesn’t want to be with them? Nobody.

That’s the first and most important step. Checking your ego. Stop holding on because you think you can “change” him or because you’re embarrassed. Nobody cares. The only thing that’s embarrassing is holding on to someone who doesn’t want to be held onto. 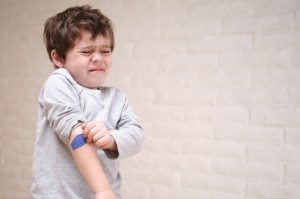 This probably sounds incredibly cold and maybe it is, but I promise that by following these steps, you’ll be moving on in no time. It’s like pulling a band-aid off quickly rather than centimeter by centimeter or jumping into a cold pool head first rather than dipping your toes in. Break ups are hard and they always suck, but the only person in charge of your feelings is you. Perhaps someday you will be able to be friends, but right now, distance is key. It is very difficult to gain perspective while in the midst of it. Besides, while you’re pouting over Mr. Loserface, Mr. Perfect may very well be passing you by. Why waste your time with something that doesn’t fit? You wouldn’t dare wear an ill fitting dress in public, so why do so with your heart?