Why Don’t You Eat Me: Pitza! Pitza! 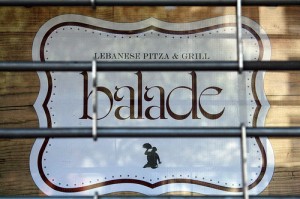 This week I’ve got yet another East Village newcomer that’s definitely worth checking out.  Balade serves traditional Lebanese cuisine in a traditional Lebanese atmosphere. I got my first taste of Lebanese food back in Memphis from a family who made amazing meat pies. I instantly fell in love and have been in search for meat pies that rival them ever since. So, when I heard about Balade, of course I had to go and check it out. 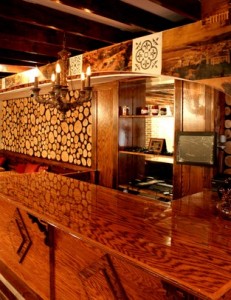 I’ve been twice for lunch and both times the place was pretty empty (I’m hoping they are busier for dinner or that my rave review will amp up their business). My first trip, I ordered the Sambousik (those meat pies I keep talking about) and the vegetarian mazmeez (hummus, tabouleh, baba ganouj, and labneh with toum) for appetizers. Raise your hands if you don’t know what half those words mean. Yup, thought so. Feel free to Google. The meat pies were good. Unfortunately, not as good as the homemade ones from childhood, but definitely worth going back for. I loved the mazmeez platter. I’m typically not a fan of tabouleh, but theirs was perfect with the lemon juice on top. The hummus and baba ganouj were both good and the labneh was great.

For the mains I ordered the Greek pitza (yes, they spell it like that and it makes me love it even more) and meat shawarma. The pitza is just a pita that they pop in the oven and remove once crispy. The Greek pitza had, as I’m sure you could guess, feta cheese, cucumbers, tomatoes, green peppers, lebanese zaatar, kalamata olives, and basil. The meat shawarma had slices of beef and lamb with tomatoes, pickles, parsley, sumac and tahini sauces. The pickles on there make it even better. I know, I know. There I go again with the pickle talk.

My second trip we decided to try the kebbeh which is a mixture of beef and cracked wheat shaped into shells and filled with a combination of seasoned ground beef and diced onions. Not my fave, but the odds were stacked against it from the beginning since my boyfriend’s mom makes the same thing and they’re absolutely out of this world good.

I give Balade 4 out of 5 mouths for being the kind of place that makes me keep wanting to go back. I swear it’s not just because they have Lebanese pitza!