Why Did You Wear That: My Future’s So Bright I Gotta Wear Shades

So, here’s something that I think needs to be discussed. The proper usage of sunglasses.  Last time I checked, they were for protecting your eyes from overexposure of UV rays (and to prevent crow’s feet).  However, it has become abundantly clear that not all of you got that memo.  I want to go ahead and point the finger at you, Hollywood.  You, somehow, gave people (a-hem, celebrities) the impression that sunglasses were like a mimosa.  Okay at any time. Well, have I got news for you. Sunglasses, are, in fact, not okay at any time.  For instance, at night. There is no sun.  So, unless you go ahead and invent something called “moonglasses” with some type of scientific research backing them up, please remove your shades.

This trend also spawned the usage of shades in nightclubs.  Remember those clear-ish shades that “juice heads” started wearing at “da club?”  Gross. I assume this was to either, A) attempt to disguise your quarter sized pupils from all the drugs you were on, B) attempt to disguise your inherent dbaggery. Failure on both. It only drew more attention to you as we pointed and laughed.

Celebs, this goes for you as well. Who do you think you’re fooling with those shades on? I might NOT have noticed you strolling by… until you slapped those ginormous sunnies on. Now I’m wondering who the creep in the sunglasses is. 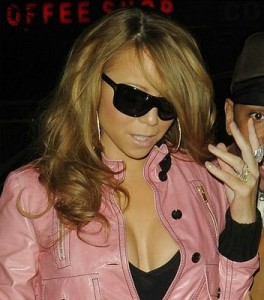 I was like, “Why are you so obsessed with me?” Well, MC, I’ll tell you why. (Disregarding your pink leather jacket) you’re out at night wearing sunglasses. Let’s go over this again, there’s NO SUN. Cut it out. You think we wouldn’t recognize you without them? Doubtful considering your affinity for pink leather attire.

Oh… RiRi, you look confused. could it be because you are wearing sunglasses in the pitch dark and can’t see four feet in front of you? Thought so. 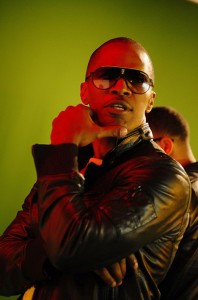 I mean, I don’t know why I’m even throwing this guy in there. He’s king of all D’s. Of course he’s got his shades on. 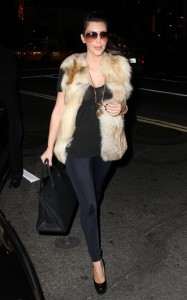 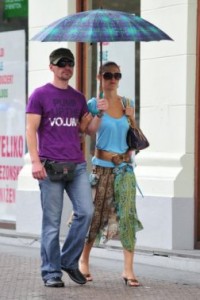 Um, hey guys? It’s RAINING. Know how I know? You’re holding an UMBRELLA. One of these things does not go with the others. (Btw- is that a fannypack?)