When I burst through the doors of Ryan Darius salon last week, I informed Ryan and TJ that I was in need of some seriously sexy “breakup hair.”  To this statement they exclaimed, “We LOVE breakup hair!!” As you already know, I don’t believe in chopping off or dying your locks after a traumatic experience. We get it, you need change, but that’s no reason to make yourself look average!

Originally, I was thinking about adding some sassy layers or perhaps a sexy swooping bang, but as I talked to Ryan, he realized I was actually not willing to lose one centimeter of my painstakingly long grown hair.  So, a lightbulb went off in that beautiful head of his.  He suggested we add more hair to my mane, then he would layer the hair that he added, leaving my natural hair unscathed.  He informed me this is a rapidly growing trend and then he went to work.

In less than thirty minutes he had applied several Platinum Seamless extensions to my hair.  The color matched my hair EXACTLY and you couldn’t even see where they were attached, nor could you feel them.  After they were added in, Ryan worked his magic with the flat iron teaching me a new trick to create large curls (which I still have yet to master). 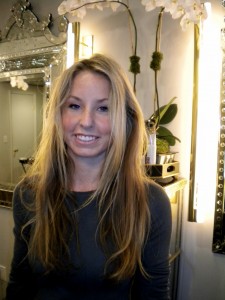 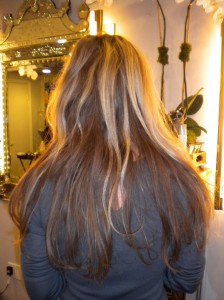 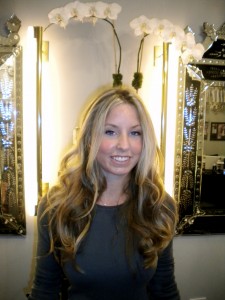 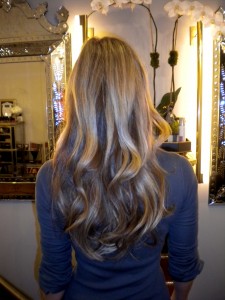 Take that, Olivia Palermo. To top off the royal treatment? The adorable TJ completed a perfect manicure using Butter London lacquer.  His picks for the fall? Scoundrel (below) and British Racing Green. 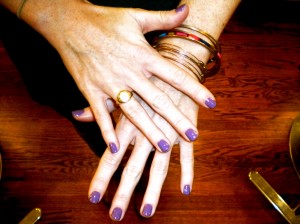 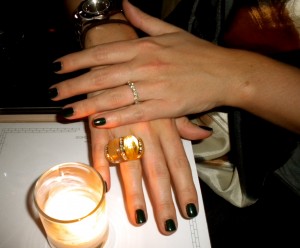 So, if you are in the market for some “breakup hair” or you just simply want to look hot, you need to hightail it in your heels over to Ryan Darius Salon and pay a visit to the uber talented and unbelievably fun Ryan and TJ.