Why Did You Eat That: Down (South) and Dirty 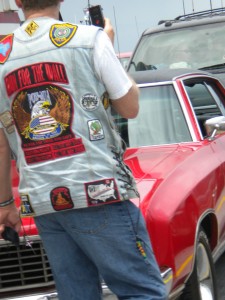 I have been completely MIA and I’m sorry.  I was on a “down south” road trip with my bf.  We flew from Laguardia to Norfolk, Virginia and then drove two more hours to Waves, North Carolina.  The whole purpose of our trip was for my bf to practice his kitesurfing (which is a post all in itself- and it’s coming soon).  Anyway, we stayed at this beautiful “retreat” down there.  Unfortunately, the wind during that week blew- or actually it wasn’t blowing.  We did some exploring while there. We headed to Nag’s Head and Cape Hatteras to see the lighthouses (which we also have a theory on) and we took the ferry over to Ocracoke (the man in the picture above was also on the ferry with us).  You can’t kite surf with no wind, so we decided to head south and explore some more. 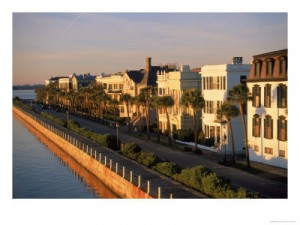 Next stop- Charleston, SC. I remembered touring the College of Charleston when I was eighteen, but I didn’t remember how beautiful it really is.  We stayed in a gorgeous hotel called Charleston Place (which turns out to be dog friendly- kinda would have been good to know before we were shoving our poor pooch in his bag every time we left the room). Not only is it a charming city with lots of great restaurants and bars, the people are incredibly sweet and hospitable (it was voted the Most Mannerly City eleven times).  We took a tour (I know, very parently/grandparently of us) because there is so much history and beautiful architecture. I started to regret not going to college there.  I would have made a wonderful southern belle. I really didn’t want to leave, but eventually we had to.

Some of the other highlights of Charleston included the discovery of something amazing called Firefly Sweet Tea Vodka, the oyster shooters at Pearlz, glass ceiling on the kitchen at Cypress so you can watch them prepare your meal, unbelievably good martinis at Slightly North of Broad (S.N.O.B.), the very South Beach rooftop bar at the Pavillion Hotel, the amazing tacos at Taco Boy in Folly Beach, and the amount of kitesurfers at Isle of Palms.

The last stop was Virginia Beach (it is near the airport in Norfolk). There isn’t really much to write about there except they made a great mojito at the place we stayed, the Ocean Beach Club. Then it was back to good ol’ New York City. Thankfully, the weather was nice on Monday and I didn’t go through UV withdrawal.