Sometimes I wonder why women can’t just be nice to other women. What is the problem? 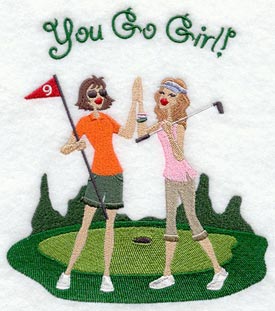 Like, if you see some cute girl walking down the street working  a pair of bad ass boots why is the immediate reaction, “Ugh, bitch!” instead of, “You go, girl!”? Seems like a pretty normal response, no? Maybe instead of scrunching up your face (and creating wrinkles) you should tell the girl you love her boots and ask where she got them. Kill two birds with one stone (I do not endorse animal cruelty, by the way. It’s just a phrase). Not only will you know where to go and get yourself some hot footwear, you might just make a friend. Imagine that? Groundbreaking, really.

I have what some people would call a “dream job.” And I know that I am lucky to work there (especially as the unemployment rate continues to rise), but as I’ve mentioned before, my office is 92% women. That doesn’t mean we are having slumber parties and pillow fights, that means it’s a jungle in here.  Cattiness abounds.  People throwing each other under the bus left and right just to get ahead. It’s like, “Yo! You’re not even IN my department. What’s with the angst?” My father always told me he would never hire an office of entirely women… now I understand.

Another thing that really gets under my skin is skanky women who aid and abet men cheating.  Are you seriously that desperate to go after a man who is already with someone else? Do you really have no self respect whatsoever? I have been out on several occasions when women (typically cougars) throw themselves at men who are clearly with other women. In no way should you feel threatened by this (unless your man reacts- and that’s a whole other can of worms), instead feel pity for them.  Women wonder why men are such dogs…. well, it’s because some women let them!  The minute women put their foot down to men’s bad behavior,  men will have no choice but to shape up.  I am repulsed when a married man hits on me and I wish all women felt the same way. Women should stick together instead of stabbing each other in the back.

I guess it comes down to insecurity. Instead of congratulating someone for a job well done or some good fortune, the reaction is to try and tear that person down. Sort of unhealthy don’t you think? Maybe if women start backing each other up rather than beating each other down, we really will start being treated as equals.